Hit enter to search or ESC to close
All Posts By

By Eliesha Mattison | News | No Comments
St Brigids sent three teams to the Northern NSW Regional FUTSAL Titles in Newcastle today.
Our U14s came up against some tough opponents in the early rounds but improved during the tournament to earn a creditable draw against Bishop Tyrell, as his former school, this result put a smile on Mr Lynch’s face.
The 16B’s progressed to the semi-finals with solid performances in their pool games. Again, with more court time, they improved in confidence and cohesion. Finishing second in their pool, they played our 16A’s in the semi.
16A’s outplayed all schools in their pool, finishing undefeated and top of their group.
The final was always going to be tough against former National champions, St Pius. While it is fair to say the boys were outclassed, they learnt so much from the experience.
This team has now earned their place in the Northern NSW State Titles to be played in Maitland next month.
The sportsmanship and general behaviour of the boys, as well as their results, deserve high recognition. First time in the tournament, the Newcastle schools now know about St Brigids. Thank you for a great day lads. Special appreciation to Ms Harvey, one of our practicum teachers, who accompanied our teams today and provided great assistance to me.
Mr Nield
0

The LP4 space has always shared a wall in a classroom with the Table Saw room and the noise would travel straight through the roller door. The Y12 Construction class needed to complete a Wall frame as part of their Competencies, they decided to take over the project. The 5 Year 12 students had to take on the role of a carpenter and measure\quote for the project. They sourced their supplies from Carrols Timbers, placed the order and when the materials arrived they met the truck and stored the materials safely on the site.

Students constructed the wall in the workshop, moved it into place Fixed it to the existing structure with 1-2mm gap and then sheeted the wall, fixing it with architraves.

Throughout the day each student experienced a program that included Science, Technology and Applied Science (TAS), PDHPE, Music, Drama, and House Challenges. The positive feedback we received from those students who attended was overwhelming, we are very much looking forward to welcoming these students into our College for Year 7, 2023.

Come along to St Brigid’s for a tour with our Principal, Adam Murdoch. Here you will get a chance to see the amazing facilities we have at the College, as well as tour our learning spaces whilst they are live, and in action.

Join us from 5:30 pm on Tuesday 8 March 2022 for our enrolment information evening

Register here for the event

A message to all staff, students and families in the community of Catholic Schools Broken Bay. I wish you all and your families a joyous and safe Christmas and New Year. 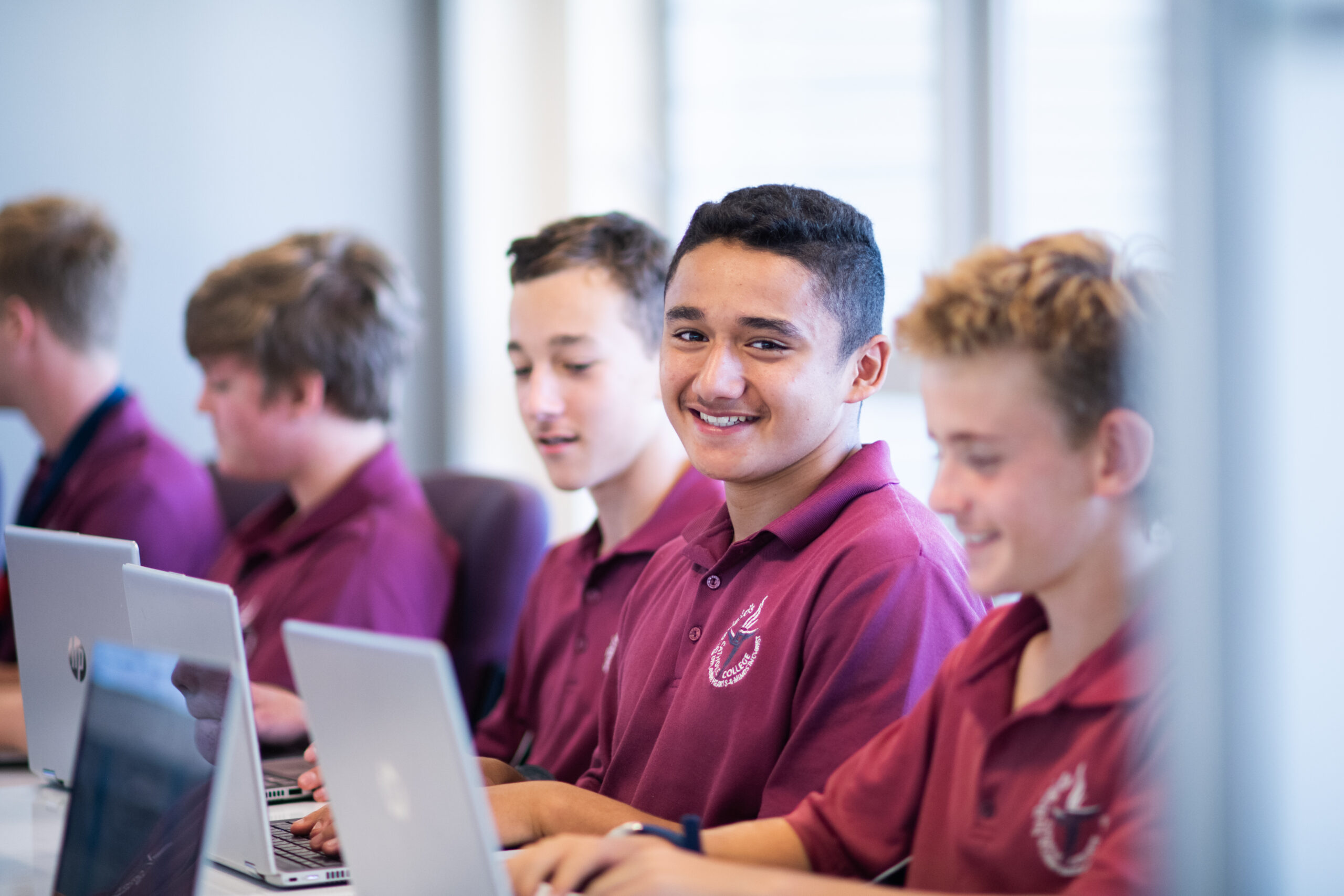 St Brigid’s Catholic College has launched a new Online Enrolment Enquiry form that makes it easier for you to register your interest in having your child attend our school. You can find the new online enquiry form here. We’d love to welcome you to our community.

Further information about enrolling your child at St Brigid’s can be found on our enrolment information page.